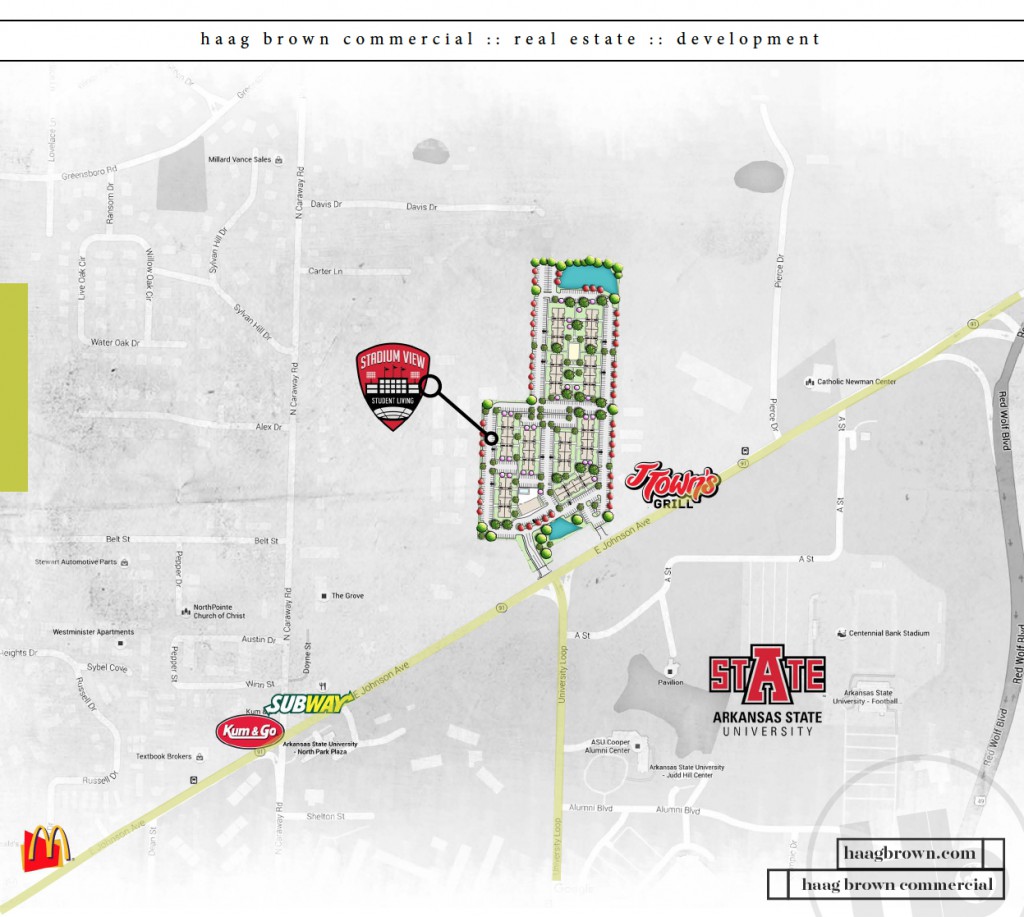 Developer Josh Brown said Thursday (March 31) it should be a quick turnaround from construction to completion on a proposed $20 million housing development near Arkansas State University.

The Jonesboro City Council voted 8-4 in October 2015 to allow the project to go forward, while the Metropolitan Area Planning Commission voted last summer to approve the project. Zimmer Development plans to build a 240-apartment development in the area, with three rooms in each apartment. Brown said a key part of the apartment development is that students or faculty will be able to rent by the bed, instead of by the apartment.

“It will be higher-end than anything we have right now,” Brown said of the complex’s goal.

In addition to the apartments, Brown said a few restaurants will also be built at the development. Construction is expected to be done by August 2017 in time for the 2017-2018 school year. Brown said the location of the development will cater to ASU students and faculty as well as a growing area of town.

Brown also said a deal for a local group to build a car dealership at the corner of Parker Road and Stadium Boulevard will happen. Jonesboro-based Osment & Copeland Investments bought the three acre property from the Ted Rook family earlier this month. The plan calls for a pre-owned car dealership with over 300 cars to be built in the second quarter of the year.

Construction is supposed to be complete by the end of the year, with about 20 new jobs at the dealership, Ray Osment said. Osment said he and business partner Kelley Copeland, who both own Premiere Auto, Car Choice, Car Today and Auto Max, have worked on the project for some time.

“The majority of cars sold in Northeast Arkansas are sold in that one mile area,” Osment said of Stadium Boulevard. “We will be front and center. We have pursued that property hard and have tried to make it happen.”

In a statement, Rook said the land has seen some changes since he was a kid.

“After having a front seat for the past 60 plus years in watching Jonesboro grow in our area, I can tell everyone Jonesboro has come an amazingly long way in development of all sorts,” Rook said. “Close to home, Stadium Boulevard has evolved from a narrow, tree-shaded county lane named Young Road into a bustling city avenue it is today, as well as becoming the premier automobile sales capital in the Mid-South.”