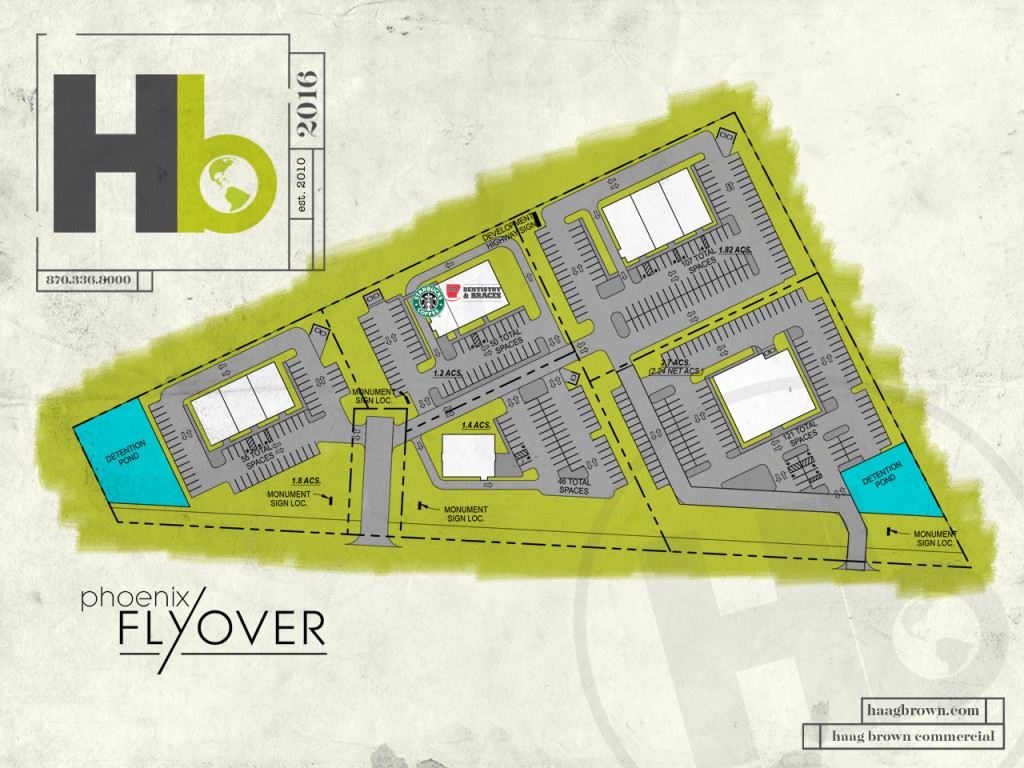 A Jonesboro developer with northwest Arkansas ties has plans for an 8-acre site off Interstate 549 in Fort Smith called the Phoenix Flyover.

Haag Brown Development, the group behind a Starbucks in Fayetteville, announced recently it had purchased a 1.3-acre piece of the Phoenix Flyover owned by the Hanna family between the Target-anchored Pavilion and Academy Sports in Fort Smith.

Joshua Brown, one of the two principal developers, explained that the firm had purchased the parcel and had been hired to develop the remainder of the land owned by the Hanna family. The first tenants are set to be Starbucks and an Arkansas Dentistry and Braces. Starbucks is a client of the Haag Brown Development.

Site work is set to begin on the entire development in the coming weeks with an estimated opening for both businesses in the fall. There are currently two Starbucks stores in Fort Smith and one in Van Buren.

Greg Haag, principal developer with Haag Brown Development, noted in a news release the firm has heard from numerous clients expressing interest in Fort Smith over the past several years, “but the availability of the right land was always a problem.”

“This acreage was good real estate on day one, and putting together several national brand retailers and restaurants on the site made it great,” Haag stated in the release.

Haag Brown Development, which was established in 2010, purchased the lot from KWW Properties on March 2 for the Phoenix Flyover, according to the release.

Brown and Haag worked alongside Jim Nunnelee with Nunnelee & Wright Commercial Properties, the representative for the Hanna family. Hank Kelley represented Starbucks as the leasing agent in the transaction.

“This deal was only possible through the willingness of the Hanna family and their desire to see the continued surge of development in this area of Fort Smith,” Brown said in the release. “Getting to know Bill and his team has been a great experience.”

Brown’s comments on the commercial real estate included its interstate visibility, accessibility and high traffic counts. He expects the location to be “excellent for retail business.”