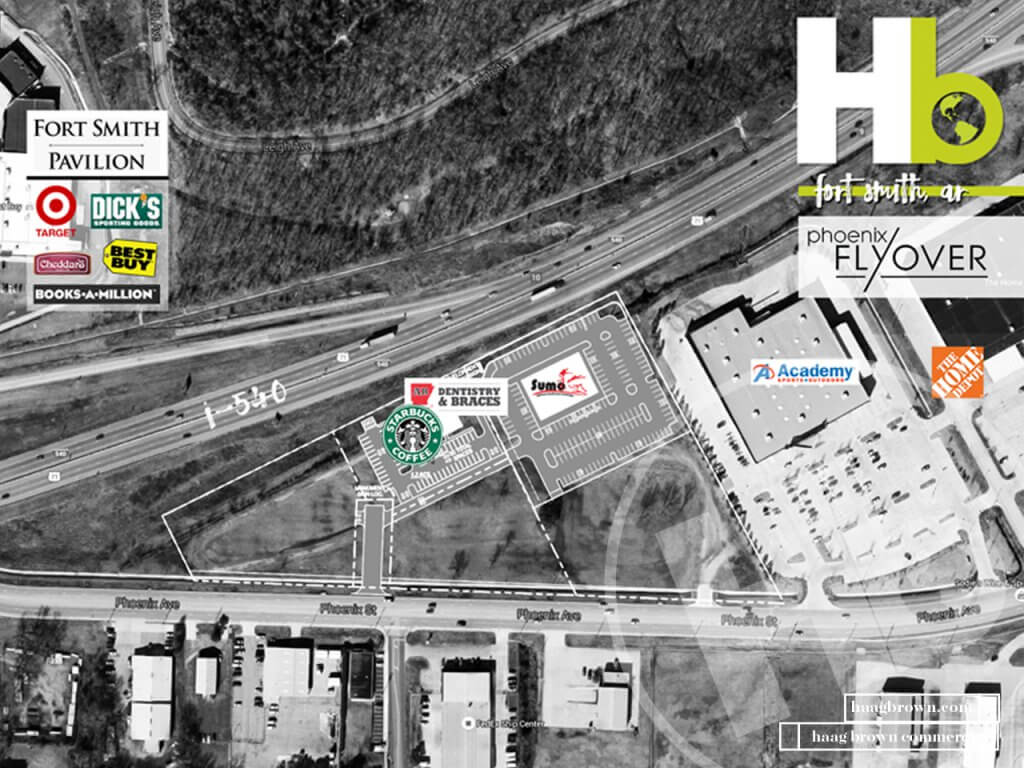 A new Phoenix Avenue retail outlet is under development next to Sodies Wine and Spirit to house a Gusano’s Chicago Style Pizzeria, Baskin-Robbins ice cream parlor and a craft wine and beer bar called Uncork’d.

Ground work began recently in the 5000 block of Phoenix Avenue for the three-store outlet under the ownership of Scott Clark of Sodie’s Wine and Spirits.

“It’s good timing and fate that pulled this together so quickly,” Clark said by phone Friday. “We aim to have it white-box ready by December.”

The goal is to have all three spaces finished out in February. Gusano’s and Baskin-Robbins will be prepared and managed by separate tenants.

Uncork’d, Clark’s venture, will offer both wine and beers from around the world along with tapas, or appetizers. All spaces will have patios, Clark noted.

Gusano’s has become a popular regional chain since being founded at Little Rock in 2004.

“Fort Smith doesn’t have a Chicago deep dish pizza place yet, so it should be a good fit,” Clark added. “It’s more than a pizza place though. They have sandwiches and a full bar and a patio. It has a good vibe.”

According to their website, Gusano’s Chicago-Style Pizzeria was founded 2004 at Little Rock by Ben Biesenthal, a Chicago native who attended the University of Arkansas in Fayetteville. After graduating, Biesenthal created the recipes and developed Gusano’s. Within a few years he and his partners were able to expand. Gusano’s currently has seven locations in four states. The restaurants also are considered “sports bars,” the website adds.

Gusano’s Pizzeria’s can be found at Bella Vista, Bentonville, Fayetteville, and Rogers as well as Texarkana, Texas; Pittsburg, Kan.; Joplin, Mo. The partners in charge of the Gusano’s also own the Baskin-Robbins franchise in Greenwood. Clark said Fort Smith formerly had a Baskin-Robbins ice cream parlor near Creekmore Park.

Forsgren Inc. is the general contractor for the project. Despite the ground’s level appearance from a distance, a 2-to-8 foot cut was required to create a level building space.

The east end of Phoenix Avenue has seen several new business developments and announcements in the past two years, including the new Sodie’s location, the JJ’s Grill-anchored retail outlet, and Phoenix Flyover located between Academy Sports and the Target-anchored Pavilion. Haag Brown Commercial, a Jonesboro-based development group, announced in June that Sumo Japanese Steakhouse has been added to the Phoenix Flyover lineup. Construction is set to begin in 2018 on the Sumo site at Phoenix Flyover next to Starbucks.

The Fairfield Inn & Suites is also still being constructed at 7601 Phoenix Ave. next to a new Slim Chickensrestaurant that opened last year. The hotel is expected to be completed this fall.

Phoenix Avenue is also a potential site for a new Veterans Affairs building. The U.S. Department of Veterans Affairs is expected to build a new VA Community Outpatient Clinic in Fort Smith. Tim Allen, president and CEO of the Fort Smith Regional Chamber of Commerce, said in September he has been in talks with the VA and a site consultant for what the chamber has dubbed “Project Compassion.”

Plans call for a 45,000-square-foot VA clinic to more than double the space currently offered in the VA clinic at Sparks Regional Medical Center in Fort Smith. The Sparks site saw 81,000 visits in 2015. There are about 15,000 veterans in Crawford, Sebastian and Franklin counties who use the facility. With a larger facility, Allen expects the number of veterans served by the VA to increase in Fort Smith.

Our Property Manager Dylan Qualls is thankful for.

Our Executive Broker Zac Qualls is thankful for...

Our Coordinator of Operations Adam Haynes is thank

Our Investment Broker Nathan Eller is thankful for

Our Head of Industrial Brokerage Jeff Armstrong is

In everything give thanks; for this is the will of

HB is excited to welcome another NEW-TO-JONESBORO

Starbucks is bringing their corporate cafe prototype to Paragould! 🤩 It will be located along West Kingshighway on… https://t.co/RPiGfW8FPx
h J R
@haagbrown