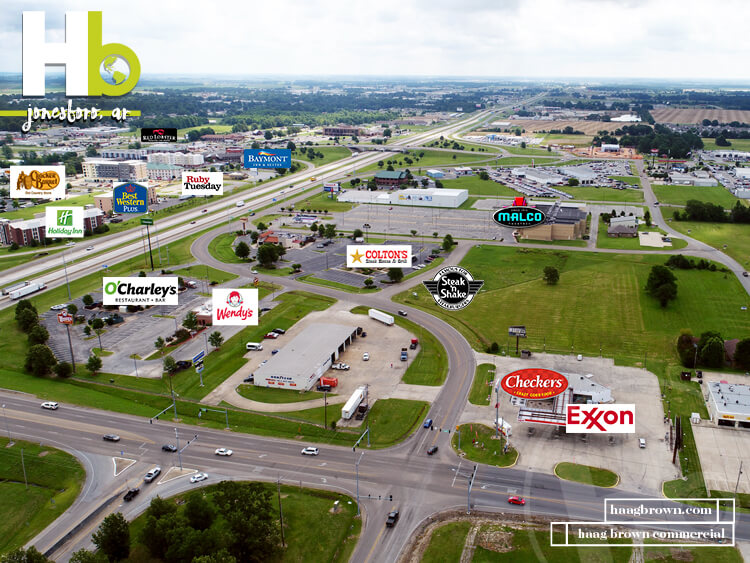 According to Haag Brown, a new Steak ‘n Shake is coming to Jonesboro on Parker Road next to Colton’s Steakhouse.

The announcement came from Facebook Live by the developer.

About 50 people are expected to be hired. It will be a 24-hour restaurant.

Jonesboro is no stranger to Steak ‘n Shake. The restaurant was previously stationed on S. Caraway Road before closing in 2003.

Our Property Manager Dylan Qualls is thankful for.

Our Executive Broker Zac Qualls is thankful for...

Our Coordinator of Operations Adam Haynes is thank

Our Investment Broker Nathan Eller is thankful for

Our Head of Industrial Brokerage Jeff Armstrong is

In everything give thanks; for this is the will of

HB is excited to welcome another NEW-TO-JONESBORO

Starbucks is bringing their corporate cafe prototype to Paragould! 🤩 It will be located along West Kingshighway on… https://t.co/RPiGfW8FPx
h J R
@haagbrown